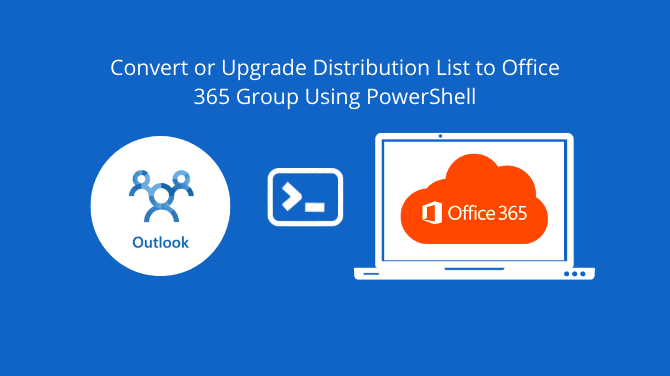 With time, Microsoft comes up with new features and updates the same for the convenience of its users. So, nowadays, most users prefer to convert distribution groups to Office 365 groups.

There are various functional and important features available in Office 365 groups that compel users to upgrade distribution groups(lists). Such as;

However, most users are not aware of a proper method to convert their distribution lists to Office 365 group.

So, How Can You Upgrade Distribution List to Office 365 Group Manually?

Sometimes users get confused between the names distribution list and distribution groups. In reality, both are the same, it’s just a matter of saying.

You can upgrade one DL at a time or several at a time using the methods.

Let’s get started with the methods to covert the distribution group(list) to Office 365.

Following are the steps of using the Exchange Admin Center:

The moment you click on the upgrade button, the process will begin immediately.

#2 Use The PowerShell cmdlets To Upgrade Distribution Lists

If you are experienced in performing PowerShell scripts then you can use this method to convert the distribution list to Office 365 group.

There are multiple ways to upgrade distribution list(s) using PowerShell.

Run the following command for upgrading only one distribution group.

You can convert multiple distribution lists to Office 365 in batches by executing the following command.

Further, there are 2 ways you can use to upgrade all the eligible DLs.

1. First, get all the eligible DLs in the tenant and upgrade them using the command:

2. Get all the distribution lists and upgrade only the eligible DLs using the following command:

However, there are some downsides to the above native approaches that make them unreliable in the first place.

On the other hand, sometimes distribution lists failed to upgrade. Let’s have a look at certain benchmarks while upgrading DLs.

Which Distribution Lists Can’t be Upgraded to Office 365?

Let’s get familiar with the working steps of the tool.

Here are the simple steps.

Step 1. Install the migration tool and launch it on your system.

Step 2. Go to the ‘Set Up’ section, and choose ‘Office 365’ as both the source and destination. 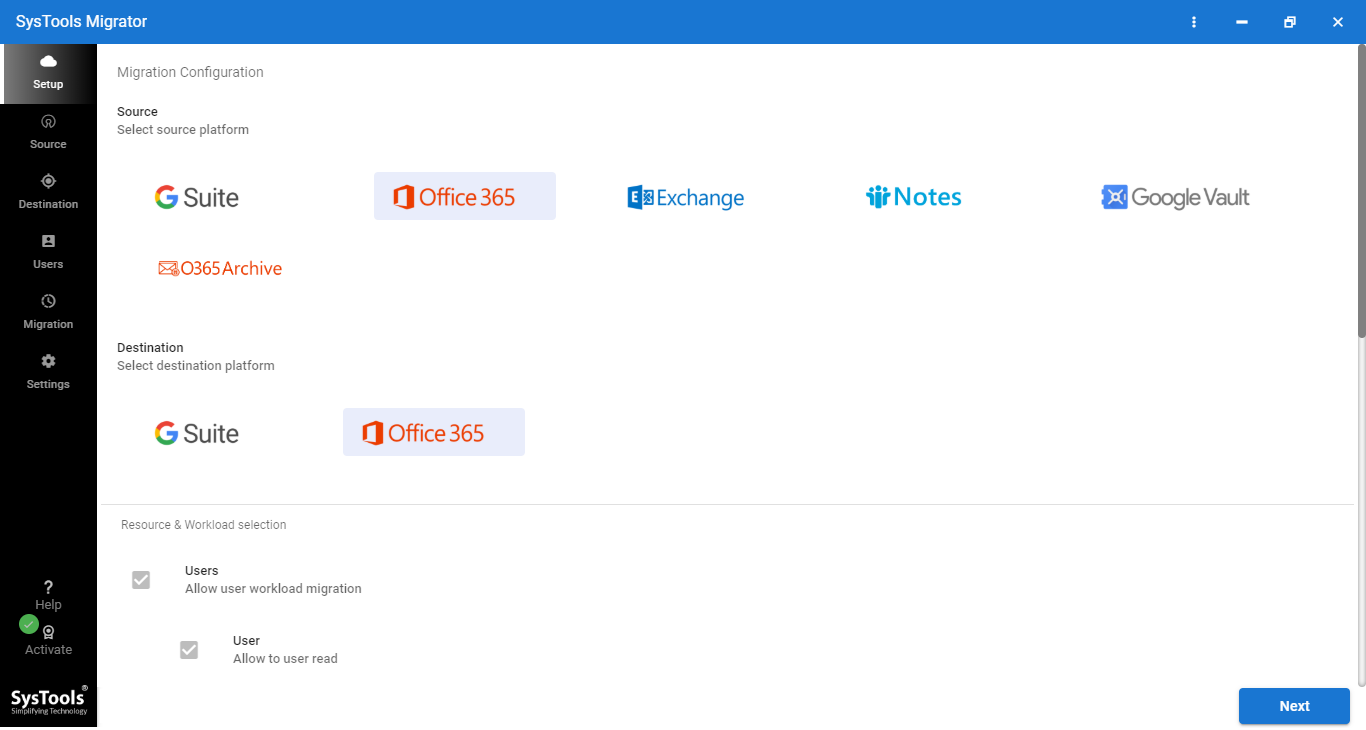 Step 3. Next, scroll down, and mark the ‘Groups’ including other necessary fields to convert distribution group to Office 365 group. 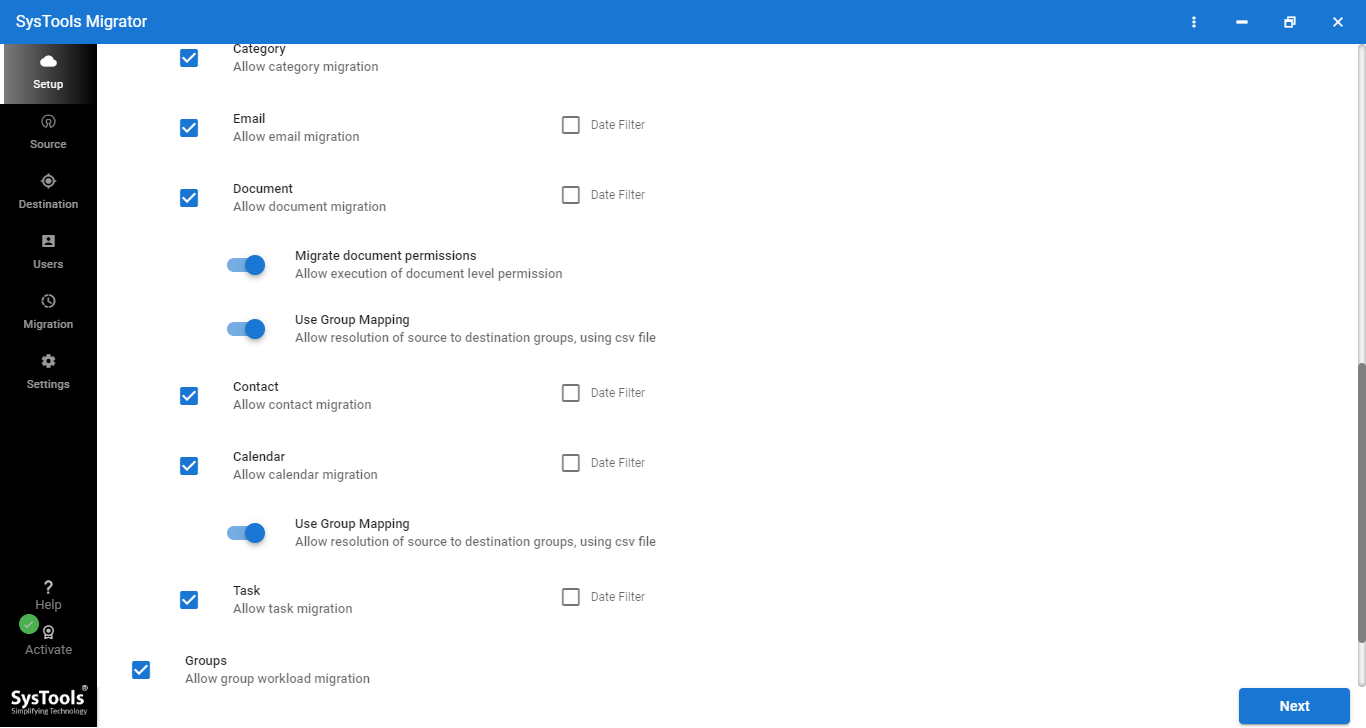 [Note: Also, mark the ‘Use Group Mapping’ sliders to allow resolution of the source to destination groups using a CSV file]

Step 4. Navigate to the ‘Source’ tab, and provide the ‘Admin Email’ & ‘Application ID’. Then, validate the source permissions & press ‘Next’. 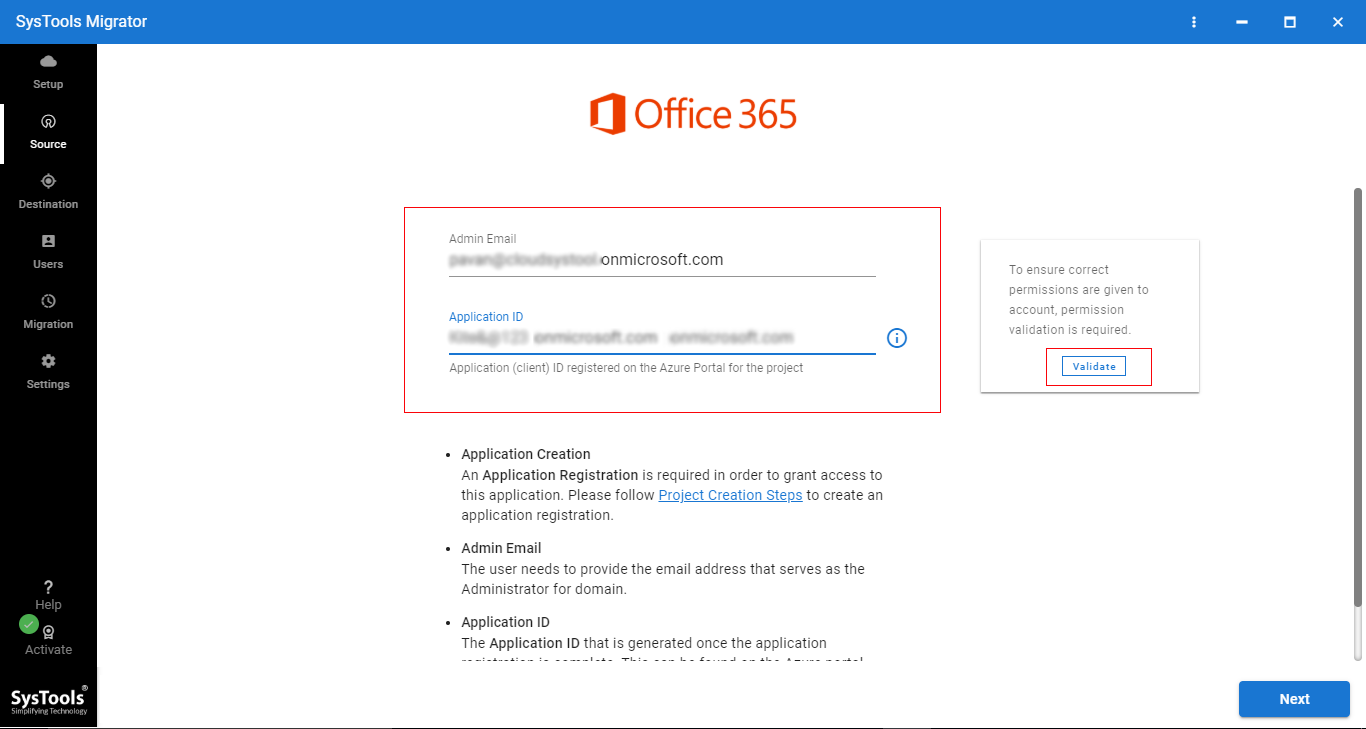 Step 5. Now, go to the ‘Destination’ tab, and enter the ‘Admin Email’ & ‘Application ID’. After that, verify the destination permissions & click ‘Next’.

Step 6. Next, in the ‘Resources’ tab, define the distribution group(s) from the source account by utilizing any 1 of the three options. Just one option from ‘Fetch Group’, ‘Import Groups’, and ‘Download Template’. 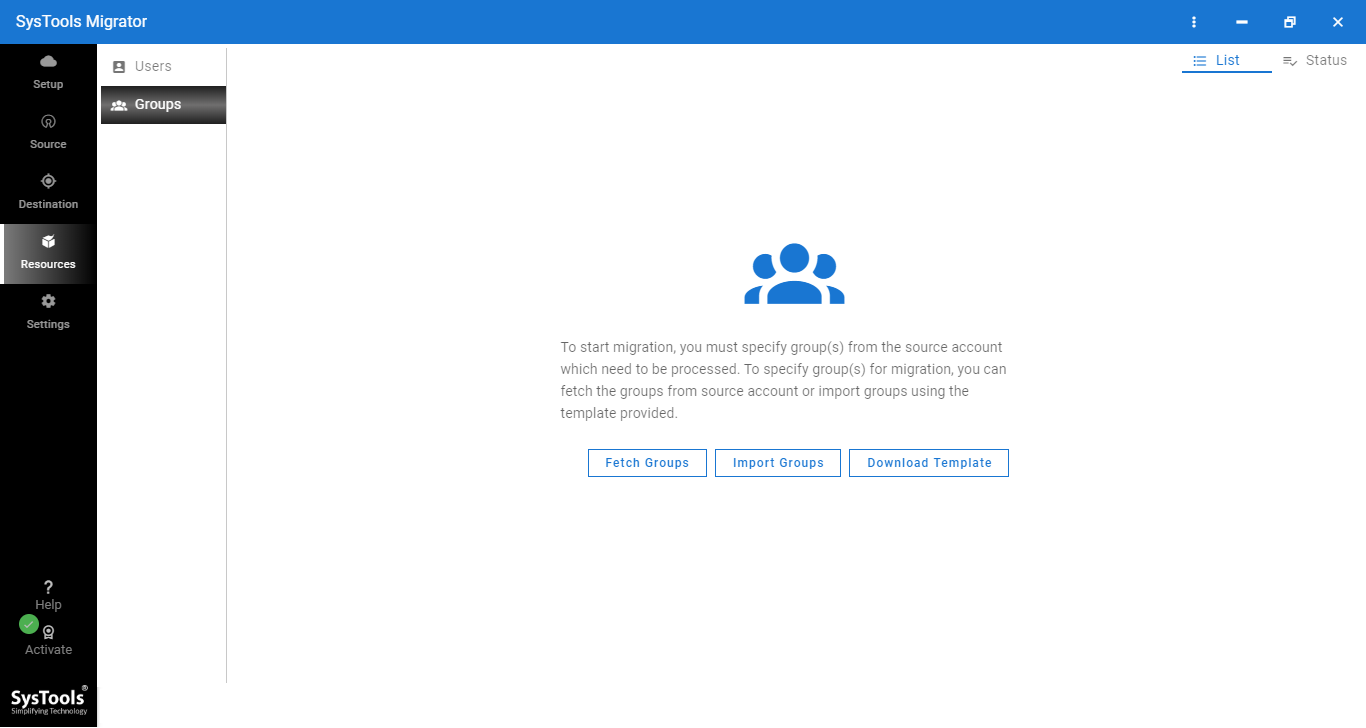 Step 7. After that, again validate the source and destination permission and make sure you see all greens as shown below. 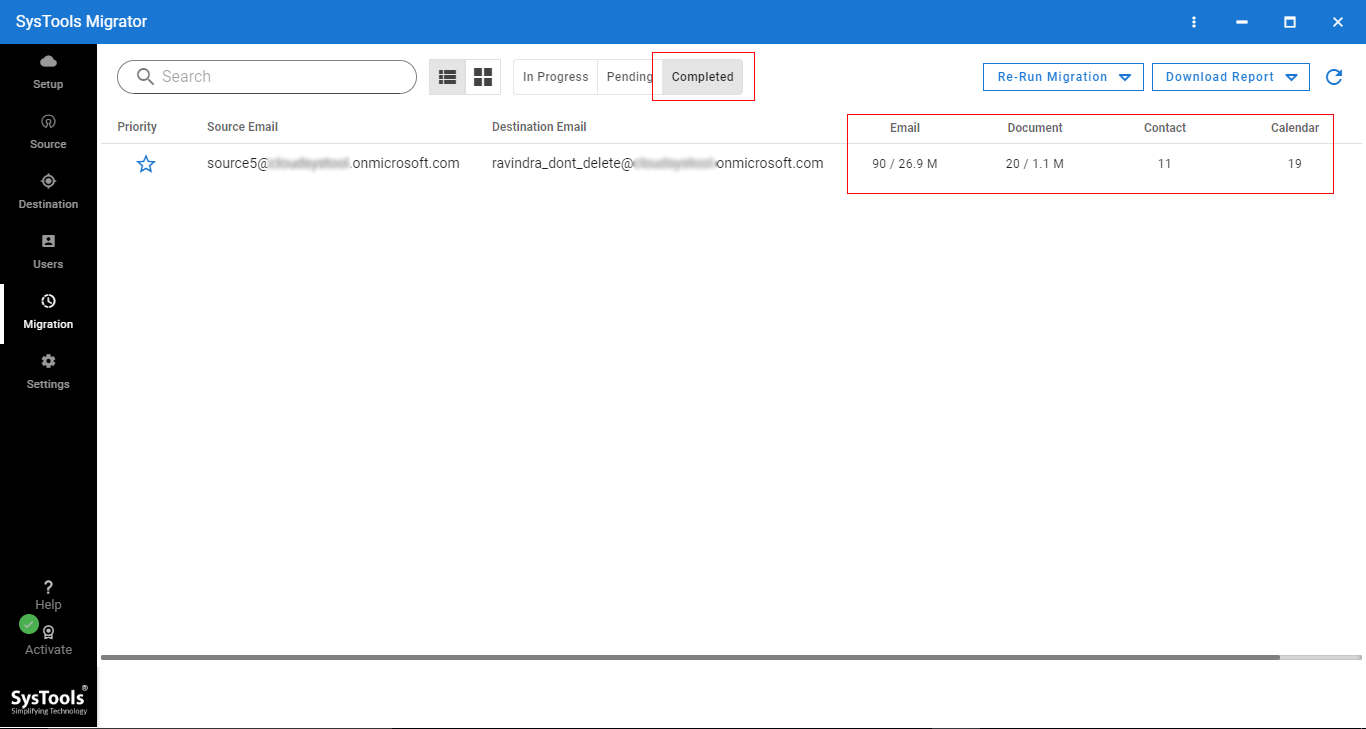 Must Read: How to Migrate Shared Mailbox to Office 365 User Mailbox? It’s Resolved

Ugra Narayan Pandey has experience of more than 10 years in the Technical arena and he has expertise in Cloud Security, Cloud Migration, Data Security, Data Recovery, Email Backup, and many more.